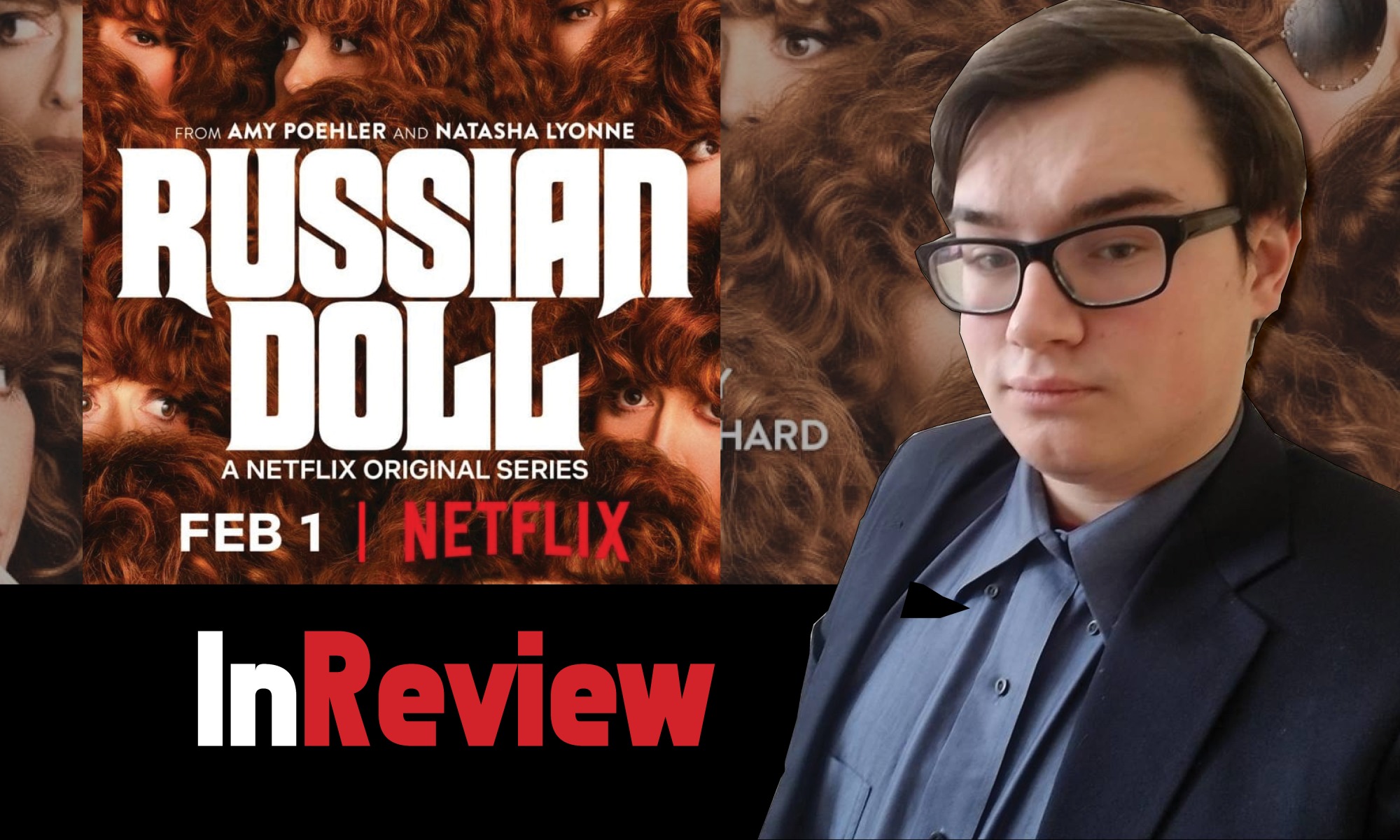 “Russian Doll” is a tightly-focused, high concept time loop adventure set in New York, starring Natasha Lyonne, who apparently has been in everything, but whom I wasn’t familiar with before seeing this.

At least not knowingly. Apparently she was in “Robots,” “American Pie,” and “Pee Wee’s Playhouse.” Lyonne is one of those actresses that has a wealth of secondary and background roles but lacked a role that gave her real star power until Netflix gave her that opportunity.

Lyonne plays Nadia, a 36 year old who keeps dying on or around the day of her birthday, but instead of dying permanently, she gets reset to the day of her 36th birthday party.

36, which is a year older than her mother ever got.  While it is never outright specified,  her mother suffered from mental health issues in the 80s and 90s and ended up killing herself. She’s the reason why Nadia’s closest parental figure is her therapist, an old woman named Ruth presumably at least in her 50s played by Elizabeth Ashley.

The show has a very simple, easy to follow concept that allows the show’s writers to flesh out tight, well-defined characters from many angles, the central concept being: Why does Nadia keep dying, why does she keep coming back, and how does she end her death loop and return to normal life?

Along the way, she finds another person who keeps dying just like her, and as soon as the show feels like the viewer is grounded enough, it shifts the focus from just Nadia’s perspective to her relationship with her fellow die-ie, a control freak named Alan, played by Charlie Barnett.

And the two serve as great foils to each other, with Nadia being more inclined to let the wind take her wherever it will, be it partying with a homeless guy, having sex with a college professor that may or may not be sleeping with Alan’s girlfriend, or doing a copious amount of drugs. She fears commitment, having recently ended a relationship with a guy because of her fear of meeting his daughter and the pressures associated with possibly becoming her surrogate mother.

Alan is the complete opposite. He’s extremely needy and values order. He constantly has to relive the day his girlfriend of 9 years broke up with him, right before the two were going to leave for a vacation in which Alan was going to propose to her. Every time he dies, he wakes up back in his bed, with a diamond ring and a packed suitcase in his room.

And Alan likes the death loop, as everything is predictable, and orderly. He finds security in it, if that makes any sense.

And the two have opposite character journeys, as Alan learns to be more adventurous and less worried about over-controlling his life to the extent where it harms his mental health, and Nadia is forced to be a good person and to commit to a meaningful friendship, one that is forged through fire by the end of the show.

Without giving away too much, not that the Russian doll puzzle that the show presents by means of the title and the functionality of the death loop was completely solved by season 1’s end — in fact, that might be my biggest gripe with the show is it just ends, leaving more questions than answers — the Russian doll puzzle is equal to the number of death loops Nadia and Alan go through, with each death slowly revealing a new layer to the puzzle, one that the show likely has yet to reveal the core of, and if it has, it hasn’t explained it.

The show-runners are clearly banking on season 1’s cliffhanger ending so fans will demand the show’s renewal, though even if it is, I’d say there is a decent chance that season 2 might have a completely new cast, exploring another dimension of the Russian doll conundrum, and leave Alan and Nadia alone.

It’s probably not going to happen, though, as the show is really tied to a breakout performance by Lyonne, and the show’s branding is very much tied to her character.

Still, “Russian Doll” is a risky show to make which is probably why nobody in the cast is exactly A-list, which bodes well for a speedy production of season 2 if it is renewed. Sure, Lyonne was in “Orange is the New Black,” but it’s a very Netflix-y cast, which I define as mostly C- or D-list actors, which I tend to like as it usually gives unknown names a chance to shine when they would normally get relegated to inconsequential background characters, like in movies like “Robots” and “American Pie,” if they were given a chance at all.

Do I want a season 2? Hell yes. Is Russian Doll the best thing I’ve seen on Netflix? No, not even close, but I would highly recommend it.

It’s well written, directed, acted, and tightly paced, and at 8 episodes, it’s a low-commitment show that goes by like a breeze.