The heavily criticized, open world zombie survival game “Days Gone” hit the shelves back in April 2019. It has been looked at rather negatively by popular video game critics, receiving a 5/10 from Gamespot, a 6.5/10 score from IGN and a 7.1/10 from Meta Critic. The game received a lot of hype over the course of its lengthy development timeline, and if you were to believe these scores, you might say it was all for naught.

But was it? Let’s have a look at the pros and cons:

1. There are a good deal of things to do in this game 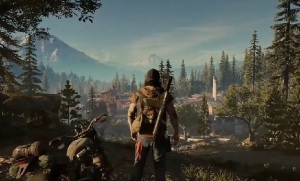 While there is somewhat of an abundance of “fetch quests”, the player will consistently have something to do. Something to put their mind towards, something to keep them mashing buttons. The game does not market itself as the next multiplayer phenomenon or as any kind of social game of sorts, so this is a good thing for its type of dynamic. In a world full of zombies, having a brainless button-masher is a pretty good trait to have.

2. The map is quite large, and there is a noticeable degree of squirrel quotient to it 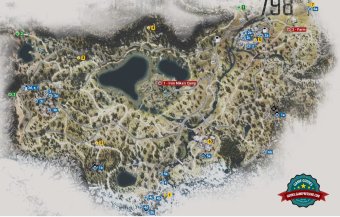 Ah, I’ve gotta go burn out these Freaker (slang for zombie) nests! Ooh, wait, now I’ve gotta go take out this enemy camp. And there are some cars over there I should try looting! These things happen quite frequently traversing the large open world this game has to offer, giving it a fairly immersive feel and keeping the player quite attached.

3. The game is actually somewhat challenging, not just because of the human AI

Zombie games have somewhat of a reputation of being rather easy. To be fair, your advantage against the hordes of living dead is that your brain is functioning and in tact, while their brains are not. However, Freakers in this game are fast, alert and hit quite hard- killing you in just four square hits. They also have a large numbers advantage as well. This isn’t “Dying Light,” where you can just use a grappling hook to use various buildings as stepping stones to avoid contact with the undead completely. You also use a poor, vulnerable motorcycle for travel instead of an actual car, which can lead to sticky situations trying to travel through areas where there are a lot of Freakers. Combine this with the fact that human AI is smarter than the average zombie game, and this game is actually quite a stimulating challenge, in addition to being a brainless button masher.

Of course, the game is definitely not perfect. Let’s talk about its various flaws:

1. The character development is a bit lacking 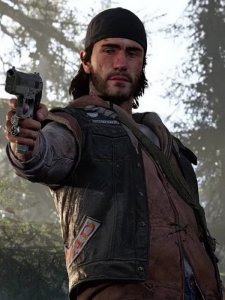 Deacon “Deek” St John is the protagonist of this story, and while he isn’t a silent protagonist by any means, he feels a bit cliched. He’s a tough guy, using words and guns to get his way in the end. That’s about it. He has things off to the side, such as the constant mourning of his dead wife and his early-game endeavor to nurse a wounded friend back to full health, but his overall dynamic doesn’t really change, neither does his character. The NPCs around him are also mostly just lifeless caricatures, many of which just exist to give him quests or some other kind of orders.

2. There is an abundance of “fetch quests” in this game

Go find me this person. Now go get me this knife. I need some flowers. The particularly item in question changes, but the dynamic doesn’t. The majority of quests in this game which advance the storyline involve travelling to somewhere on the map, acquiring some item or rescuing someone, putting it or them on your motorcycle, and riding it or them back to the camp whose leader issued the task. This mechanic makes the game grow rather stale at times, and results in it being quite a bit too “grindy” for a single player game.

3. The motorcycle sucks beyond any remotely realistic measure, and this contributes to breaking the immersion of the game 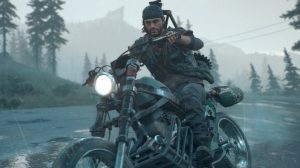 You can maybe ride your motorcycle around for five minutes before you’ll burn through a whole gas tank. Imagine if things were actually like that in real life? To say it’s not exactly economic would be a dramatic understatement. Of course, the world’s been in ruin for about two whole years, but there just so happen to be numerous tanks of gas tossed randomly around the game’s map. Conveniently, many of them just so happen to be sprawled around various gas stations, along with the infinite supply your home camp randomly seems to have. You can also, ironically, buy some from the mechanic at the Tucker base, who will lecture you on how “we’re gonna run out of this stuff someday.”

This game bears a lot of similarities to the masterpiece in “Dying Light,” but has numerous shortcomings which prevent it from being anywhere near as good. Still, it’s a good game to play if you have nothing to do and want to burn an hour or two.