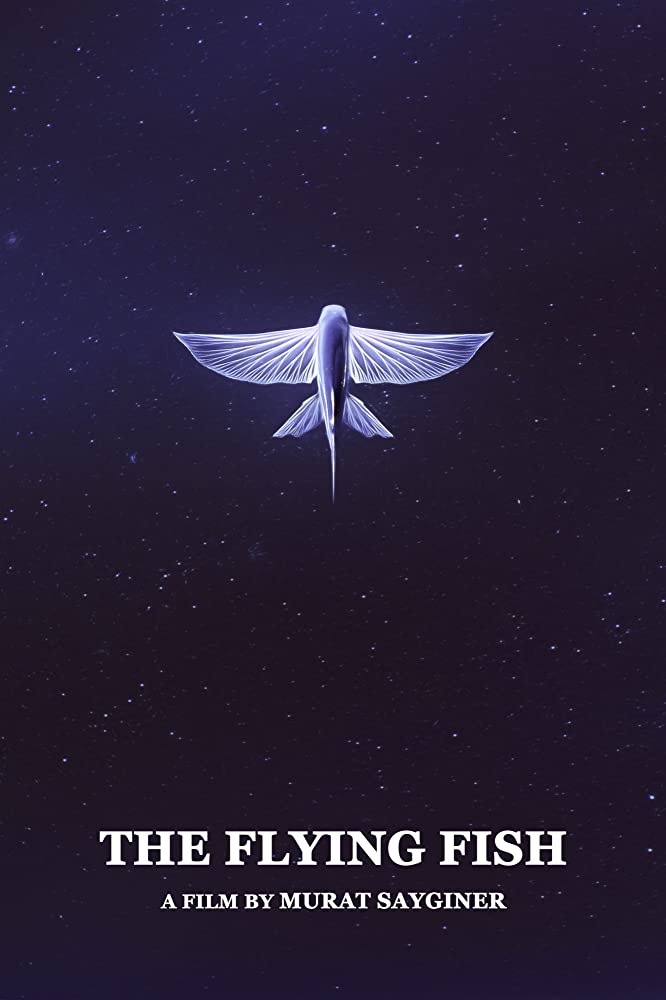 Here at InReview, we occasionally get screeners from independent filmmakers, which we’re happy to look at and potentially review, especially during the coronavirus pandemic, where fresh entertainment content to write about has become scarce. Of all the screeners I’ve gotten, none has been weirder than Murat Sayginer’s “The Flying Fish.”

A Turkish CGI short film that’s about 20 minutes long, “The Flying Fish” is basically a collection of moving modern art scenes that occasionally feature a flying fish. There is no plot per se, or dialogue, it’s just 20 minutes of beautiful, trippy, sometimes powerful, but very strange CGI visuals that seem to very loosely connect to each other.

I’ve debated whether or not this even qualifies as a film, as there really is no narrative. The CG artist (presumably Sayginer) is very talented in a visual sense. Half an hour away from me is the Massachusetts Museum of Contemporary Art (Mass MoCA), the largest contemporary art museum in the country, and this entire film would fit right in with its video art pieces, and I have a basic understanding of what some would like to call “modern” art. “The Flying Fish” is reductionist, and operates on a level of emotional logic, and indeed, it can be spellbinding. But it’s not grounded enough to actually fully mean anything. Taken to its extreme, modern art produces pieces such as the infamous blank canvas paintings a few artists have done (such as Robert Ryman’s “white on white” painting that fetched $15 million at auction a few years ago) that some see as a striking statement, and others see as nonsense.

“The Flying Fish” is both. While it has some striking visuals, it also has some that look a little half-polished (especially any scene with people), and it feels more like we’re watching Sayginer’s CGI portfolio than a legitimate film.

That’s all I can really comment on; the quality of the film’s CG models, and for the most part, they look pretty good. But I would hesitate to call this a short film, as it lacks even the most basic narrative.