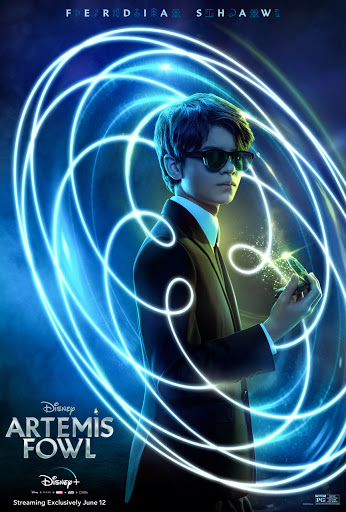 It’s difficult to convert a best-selling young adult children’s book into a great film. “Percy Jackson”, “The Spiderwick Chronicles” and “The Chronicles of Narnia” are just some examples of YA novel-inspired film series that did so with initial success, before fizzling out.

What is remarkable with the “Harry Potter”, “Twilight” and “The Hunger Games” film franchises is that, while not all their films were perfect, they lasted long enough to cover all major main-series book installments in their franchises, which is an incredibly hard thing to do. Perhaps the “Game of Thrones” series (minus its last season) is one of the few better contemporary examples of how to turn a bestselling book series into a great visual story.

2020’s “Artemis Fowl,” however, is at best a Dollar Store version of the “Percy Jackson” films, which ended awkwardly after its second installment. I have not read the book it’s based off of, but it’s plain to see that it’s based on a much better work, whose story may or may not be something that can be translated into film.

“Artemis Fowl”, despite having some very impressive modern-day effects, feels dated. I feel like I’m watching an early 2000 film adaptation of a children’s book written in the late 90s. The world the film presents has no depth, unlike better adaptations, such as the eight “Potter’ films, which ooze with personality and history. “Artemis Fowl” the film is scrubbed of personality and the story it tells is actually quite boring and generic.

Some of the problems lies within its lead, Ferdia Shaw, who plays the titular Artemis Fowl Jr., who we are told is a 12-year-old criminal mastermind and kid genius, who has as much charisma and depth as Arthur Brown in his portrayal as Albus Severus Potter in the epilogue of “Harry Potter and the Deathly Hallows Part 2” — and Brown was on screen for ten minutes! Shaw comes off as a block of wood, and he doesn’t do anything of consequence in the film. His dad — Artemis Sr., played by Colin Farrell — gets captured by a hooded bad guy and demands Artemis Jr. give him a powerful McGuffin, and despite being built up as this kid genius, he is constantly being saved and has to rely on his allies  — a fairy named Holly Short (Lara McDonnell); a giant dwarf named Mulch Diggums (Josh Gad), who also narrates the film; and his personal bodyguard and badass butler, Dom Butler (Nonso Anozie)  — because he himself is useless.

Judi Dench is also in this film as a sort of commander to the fairies Short belongs to, and is probably the best thing about this film, and that’s because she’s given a character to play. She is tough and by the book, but is willing to put herself on the line to ensure the safety of others. Of all the characters in the film, she seems like the most reasonable.

But overall, “Artemis Fowl” is inconsistent, sloppy and nonsensical. Films like this need to have some sort of internal logic, but there doesn’t seem to be any. The film’s faeries can just do anything, Artemis just stands in a house for most of the film with the McGuffin, and there’s not really a reason to care about any of it. The film’s villain is on screen for about ten minutes, and we never learn their motivations beyond obtaining the McGuffin.

Looking at the book’s illustrations, it looks like “Artemis Fowl” would make an excellent cartoon. I don’t know how faithful this film is to the book, but what they were fundamentally trying to do with this film just doesn’t work for live action.

“Artemis Fowl” 2020 is a waste of time. Outside of a few interesting special effects, and some solid performances by Josh Gad and Judi Dench, this film has nothing going for it.