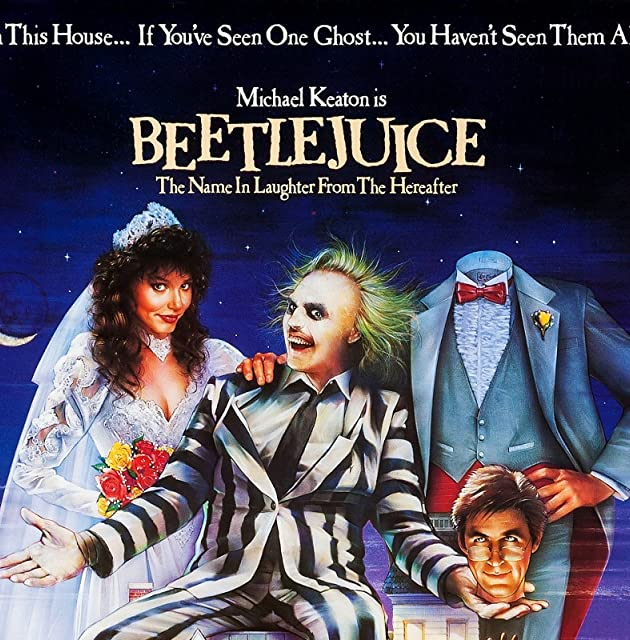 Halloween is here and that means spooky and spoopy movie marathons are abound. Lately, I’ve been watching more horror movies than usual. As mentioned in my column from last year, I’m usually not a fan of them; but I’ve been watching them more this month and getting into the Halloween spirit. And in the spirit of Halloween, I wanted to cover something spooky. And with how heavy things have been, I couldn’t think of a better way to do so than check out something from Tim Burton.

The movie follows Adam and Barbara Maitland (Alec Baldwin and Geena Davis respectively), a couple who lives in a quiet idyllic Connecticut town. After dying in a car accident, they find themselves as ghosts and their house is occupied by the Deetz family; former real estate developer Charles (Jeffrey Jones), artist Delia (Catherine O’ Hara) and their gothic daughter Lydia (Winona Ryder), who’s the only one who can see the former owners of the house. The couple tries unsuccessfully to scare the Deetz family, but are discouraged by Charles and Delias’ indifference and Lydia’s fascination with them. They desperately turn to the anarchic demon Betelgeuse (Michael Keaton) and try to reel him in as his antics get out of hand.

The cast does a solid job; Alec Baldwin and Geena Davis are chameleons who blend into the average couple brought on a supernatural adventure. And Catherine O’Hara and Jeffrey Jones do well, with O’ Hara doing most of the work and Jones bouncing her artsy shenanigans around. But Winona Ryder and Michael Keaton earn their place at the top billing. Winona Ryder brings a strong gothic presence that makes her fascination with the macabre and supernatural a joy to watch. And Keaton is an absolute show stopper. He brings this high-energy that makes everything hectic to this seemingly normal setting.

It wouldn’t be a Tim Burton movie without the staples of his film and this movie definitely delivers. Burton’s use of surreal supernatural effects to the idyllic New England setting brings with it all the insane ideas that one can expect from him. This also puts the story at the back burner; while there’s nothing bad about it, the main star is the effects and staples of the auteur in his early days in the eighties.

Watching this movie, I could see why this is among Tim Burton’s best. The effects and style shine throughout the movie and the actors (especially Michael Keaton) are strong in their performances. And while I wouldn’t say the movie’s name three times, I’d definitely watch it three times.