In the world of online gaming apps, there are a lot of failures. Games that had potential but didn’t get their due diligence. Every now and then you have a successful game which falls flat, usually due to the higher-ups’ poor decision making in some regard. You have your “Clash of Clans” types that have a five year bask in prominence, but for every one of those, there’re 1,000 which fall flat on their faces right out of the gates.

Which is why games created by the Hosted Games company  are somewhat of an enigma.

The company as a whole is a godsend for those into the choose-your-own-adventure genre. Having churned out over 20 games, many receiving high reviews, this is a company with a great reputation.

However, like with just about anything gaming related, this company has its flaws. In particular, they’ve entered some troubling habits which will be covered in this assessment.

Starting off with the good:

1. Each and every game they make is extremely immersive and is truly “choose your own adventure”

Looking at big companies such as Telltale Games, particularly how they’ve handled “The Walking Dead” series, this is one point of contention their second and third seasons saw in terms of critique that was absent in season one; the player may not have felt that their choices truly mattered, and that ruined the immersion aspect of the game for them. With Hosted Games phone apps, there are no visuals; the company prides itself around appealing to the player’s imagination. While this is not a bad idea on paper, in practice, you have to be clicking on all cylinders and be near perfect immersion wise for this to have any chance at panning out. Fortunately for them, this is consistent throughout each and every one of their titles. Each and every choice a player makes has critical ramifications to it, to the point where the player is compelled to really think over all important and even minor decisions made. From things such as saving (or killing) NPC lives to how the player manages their relationships (romantic and working) with NPCs, to things such as morality, ethics, and a whole array of things, the player can truly make their own decisions at virtually any stage of any game.

A great example of this is found, coincidentally, in HG’s first game “Zombie Exodus”: this game displays many such examples, but the most prominent comes right at the end of the game, where the player must do things such as decide to flee from their stronghold before the “Exodus” arrives or defend their territory. In particular (warning, spoilers) if the player chooses the former, they get to decide who to take and who to leave behind. There is actually a decision in the game where you can elect to buy others time to escape by distracting zombies with your weapons, to having as many or as few people killed via leaving them to their doom. Top to bottom, immersion is pretty much a given at this point with their games.

2. (Most) of their games are very long, giving the game depth

The first seven, and fifteen of the first sixteen games published by HG exceeded 700,000 total words in the story. That’s insane. It’s not like there is a notable amount of one-lined pages, either, as many pages stem across multiple, sometimes several, paragraphs. This goes to improve the depth of the game and, by association, further the immersive experience.

3. There is a different author in each game

While some who prefer consistency may view this as a downside, being exposed to multiple writing styles, all enjoyable, heavily edited and refined, makes the game seem fresher. Some writers are all about even the gruesome, gory details, while some are a bit more reserved, albeit more on the finesse side than their counterparts. Even if one style opposes one you enjoy, it’s difficult to let this get in the way of your enjoyment of the game. It can be nice to have a change of pace.

Now, time to have a look at what’s not so great about the company:

1. While most of their titles are long, some of them have been getting progressively shorter…..

While this is a trend that can be easily fixed, it is one that has been undergone nonetheless. The company’s third most recent game, “Pendragon Rising” is a mere 112,000 word experience after many of them have exceeded 700,000 words. This wouldn’t be an issue if the price of each game scaled down to meet a “$-per-word” type thing, but they don’t; the game still costs $5.99 for the full experience, similar to that of its counterparts. Surprisingly, the franchise low 3.9/5.0 star rating didn’t open HG’s eyes to this fact; their most recent release, “The Harbinger’s Head” is a stunningly low 46,000 word experience for the same price. In fact, taking a quick glimpse at the reviews written by patrons of both games, many times complaints of the lack of length in each game are prominent. While the content of the game is still stellar, a sense of not getting your money’s worth is certainly being felt by the company’s fanbase. In order to truly rise to excellence and becoming truly great, more diligence and longer games are in order. In particular, the company’s cash cows in “Zombie Exodus” and “Zombie Exodus” 2 could hold the key to their ascendance, or downfall. If “Zombie Exodus” 3, or the remaining unwritten chapters in ZE2, are particularly short, it could create an outrage. However, if HG returns to their lengthy, 700,000+ word ways, which made them boatloads of money on “Zombie Exodus” 1, then they could easily overcome this criticism.

2. The company spreads itself too thin, which is likely why they’re still not a household name in the gaming community

While having over 20 different titles is an accomplishment, the chief reason why HG is not the biggest thing since sliced bread is the lack of identity the company has, lacking a true brand representative. While some could argue the “Zombie Exodus” series, which has seen a sequel, albeit an incomplete one, is the company’s “mascot”, the company has failed to act on this perception. They have completed 11 other titles since “Zombie Exodus” 2 saw a third of five planned chapters be completed. Telltale Games is able to get away with maintaining multiple titles all at once because they set deadlines that they keep for when each story is going to get a new chapter, and this organizing strategy keeps fans hooked, knowing that their favorite particular title is not getting neglected. The “Zombie Exodus” series represents two of only five total titles to be aligned by “chapters.” This would be completely okay, and would be a phenomenal cash cow if HG kept up to date with updating the series with new chapters. As I type this, it has almost been a whole year since “Zombie Exodus” 2 saw a third chapter. The title is planned to have five chapters, but the company’s priorities, as evidenced by the 11 titles that have come out in that time, currently lay elsewhere. Statistically, while all of those titles have been good and fun, none of them stand up, ratings or revenue wise, to the Zombie Exodus series. If the company is going to create titles which function like ZE does, then they should complete their titles, or at least publically set deadlines like Telltale Games does, before working on new ones.

3. While the games should hold tons of replay value on paper, some of them don’t for various reasons

“Zombie Exodus” absolutely does not have this problem; it has extraordinary replay value. However, many other titles suffer from this problem. Why don’t these incredibly immersive games have as much replay value as you might expect? Perhaps it’s just that: some of them may be too deep. The average player may not feel motivated to go through an incredibly deep story again just to see what would have happened had they changed one or two of their decisions in the entire story. “Zombie Exodus” corrects this problem, not just by having just the right amount of depth and immersion, but with their chapter system; if a player wanted to analyze or experience one particular part of the story, they would simply need to select the given chapter, and begin their story from there. Because many of HG’s games don’t work off of that structure, you would need to start the entire story over again and play through it all if you wanted to do this. Perhaps this line of thinking is responsible for the shorter stories HG has been trotting out lately. Either way, it is something that could be corrected.

Overall score: Because I had strong feelings, some of which that differed from game to game, here are my scores for a number of notable games, then the score for the company as a whole:

Zombie Exodus: A+, absolutely flawless game, played it at least a dozen times, this was HG’s masterpiece by a mile.

Zombie Exodus 2 Safe Haven: C+, would get at least an A if I didn’t feel like the company neglected it. 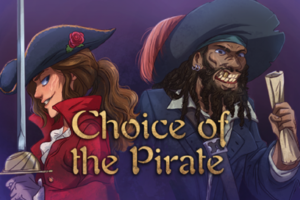 Choice of the Pirate: B, a good albeit not particularly memorable game. Plenty of replay value. 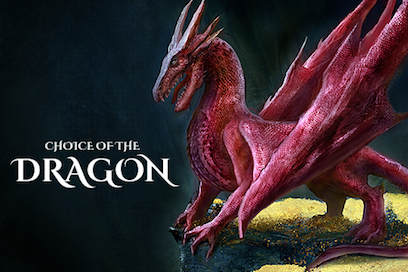 Choice of the Dragon: A-, a deep game with immersion, but one that wasn’t too deep to strip away replay value. Interesting throughout the entire game, unique structure that hits off just right. 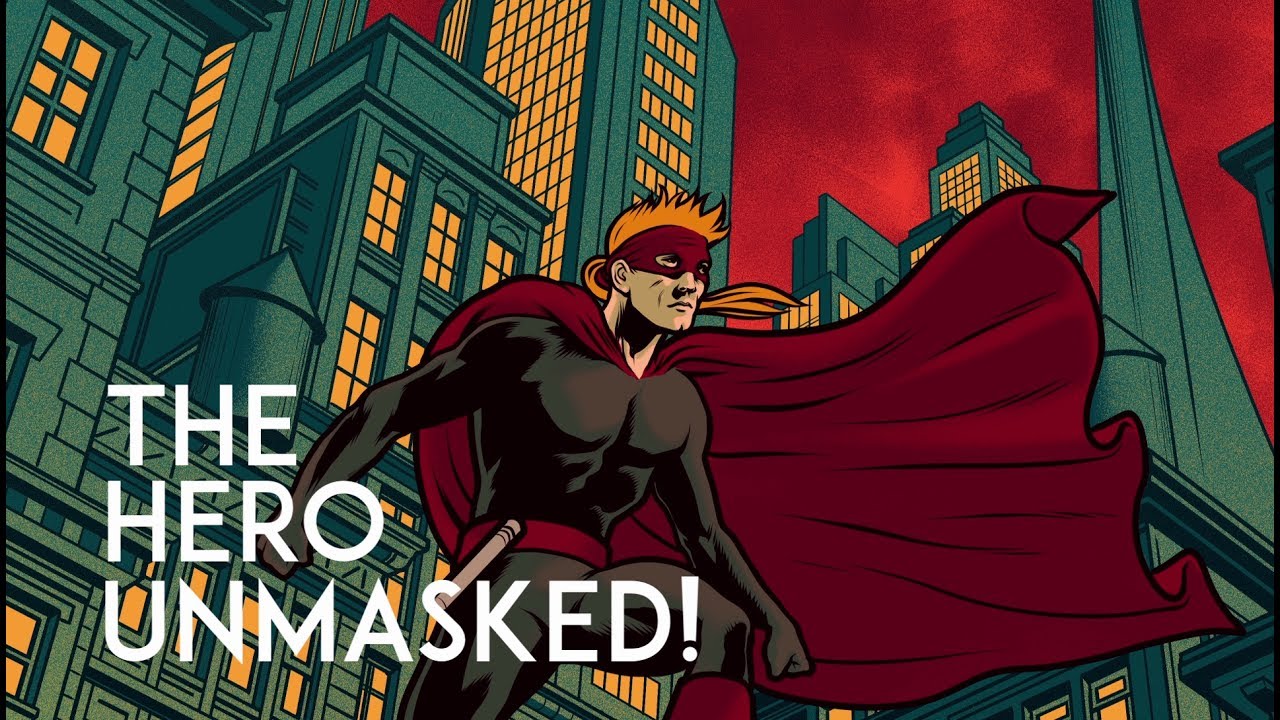 Hero Unmasked: A, an extremely well written game with more freedom in decision making than games HG had made to this point.

MetaHuman: B+, an unusually deep game that, for those who enjoy diligent details and a heavy timeline, was extraordinary. Issues with replay value are there, but during the first go through, the game is great. Giving the player a character of authority and power can, to those immersed, convey a very nice, powerful, and enjoyable feeling. 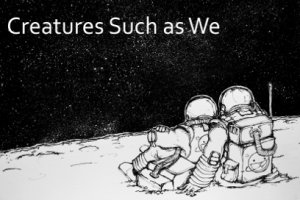 Creatures Such as We: D, not a very fun game. Too long to have much replay value, not a lot of depth, not a ton of player agency, not a very memorable or enjoyable game in general.

Academy for Villains: C+, not a terrible game, but it’s too jovial and lighthearted and that ruins immersion a lot. Good story, with a good deal of flexibility, but not very well written in general. 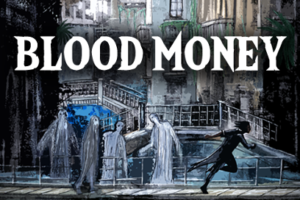 Blood Money: B, a solid, unspectacular game all around. Not a bad story, not bad depth, not bad but not great all around.

Unnatural: C-, a confusing game that has some annoying mechanical flaws to the personal profile stats. A somewhat uninspiring story with a slightly generic theme being crammed into the player’s face. Not much immersion, a rare case where the player’s decisions don’t *really* matter in the grand scheme of things.

Company as a whole: C+, undoubtedly with A+ potential, but the general strategy behind how they do things has got to change.